If we could blast back to 270 million years ago, the Earth we’d see would be virtually unrecognizable to us — New Mexico especially. In these days, the continents were blobbed together into a single giant landmass called Pangea, and swaths of what would eventually become southeastern New Mexico were littoral, sloping down into an ancient ocean-fed waterway called the Delaware Sea.

A lot of this part of New Mexico was also submerged under the Delaware during these lost days, the currents above teaming with all manner of swimming things. Meanwhile, on the seafloor, sponges and algae lived and passed on and built colony atop colony from calcium carbonate — the selfsame material our own bones are made of.

And so it was that layer by layer, generation after generation, the dead piled up in numbers our feeble minds couldn’t possibly imagine. The steady accrual of corpses eventually created a natural barrier to the onslaught of waves coming in from the east. Behind the barrier, the waters were tranquil enough for dolomite (magnesium-rich limestone) to form.

This was the Capitán Reef. It would swell to a thickness of over a quarter-mile in some places, and then — around 70 million years ago — the whole mass would be hoisted thousands of feet above sea level as Laramide Orogeny did its work on the western half of North America, as the subducting Farallón Plate scraped the underside of the continent.

Though thousands of millennia have passed since this gigantic hulk of fossils was initially laid down, Capitán is still very much with us in the 21st century. Thanks to all that violent uplifting, you don’t need scuba gear to see it either. Instead, you’ll need sturdy boots and lots of water.

These days, the reef constitutes the vast and often arid Guadalupe Mountain range, straddling the New Mexico-Texas border down by Carlsbad Caverns and Guadalupe National Parks and abutting the Chihuahuan Desert. In addition to ample hiking opportunities amongst yucca, creosote, ocotillo and a host of other bizarre and hostile members of the plant kingdom, there is phenomenal sport climbing in spots like Last Chance Canyon and ubiquitous caving, both of which I’ll be writing more about very soon.

Indeed, it’s really pretty amazing how fun a pile of dead bodies can be. 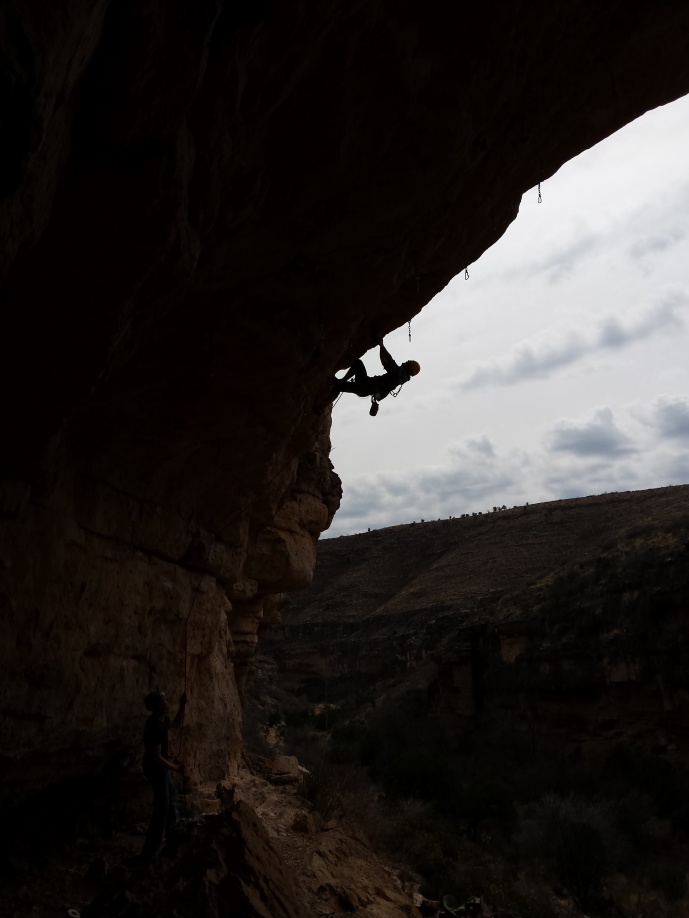 3 thoughts on “Piles Of Dead Bodies”